Fun Fact: How Long Has Auto Detailing Been Around - MDP Blog

Fun Fact: How Long Has Auto Detailing Been Around? 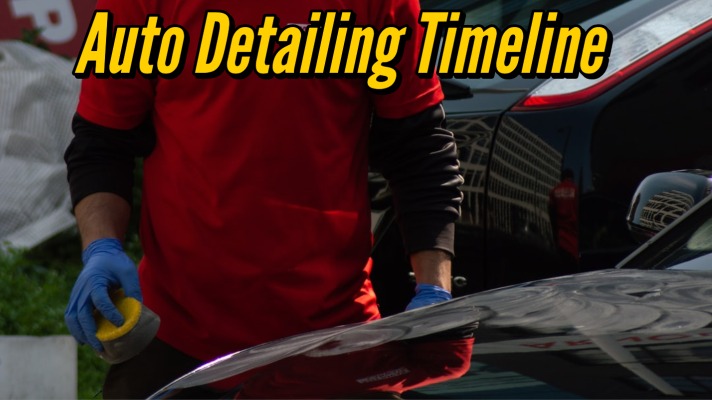 While normally we bring you useful auto detailing tips, we understand that you’re here because you love your vehicle and have an interest in learning as much as you can about cars and auto detailing. That’s why we also want to share with you fun facts about the history of auto detailing. As you learn more about how to keep your car in great condition between detailing jobs, you might wonder what are some significant historical moments for auto detailing?

To answer this question, we have to go back to the early 1800s where the history of auto detailing predates the car itself. Two hundred years ago, people wanted to keep their vehicles clean and looking nice as can be, even if it was a carriage drawn by animals. In 1800 the first vehicle wax was made from animal fat in Bischofsheim, Germany for horse carriages. This predates the motorcar by almost 100 years; the car’s earliest appearance came in 1886 when Karl Benz gave the first public demonstration of the newly invented motorcar in Germany.

The 1800s also saw the creation of products that played major roles in increasing the quality of motorcars such as polishing products from Menzerna (1888) and Michelin’s pneumatic tires (1895). It only makes sense that auto detailing has its roots in horse-drawn carriages, but once the motorcar became successful, the auto detailing business developed right along with it.

Although the motor car was still new and only purchased by the wealthy in the early 1900s, the Simoniz company developed a car cleaner, aptly called Simons Cleaner, and a carnauba wax, called Simons Paste Wax, for auto detail finishes in 1910. These products were so successful, the auto detailing process was called “simonizing.” Products such as these saw innovation later in the century. Turtle Wax, for example, was the first bottled car wax invented by Ben Hirsch in 1944.

Cleaning and waxing weren’t the only aspects of auto detailing developing in the 1900s though; 1925 saw more good news for the outward appearance of cars when 3M invented masking tape, which allowed for more accurate and high-quality two-tone paint designs on cars. Speaking of paint, before the ’70s, Japan and Europe used metallic paints with a clear coat that produced a hard, glossy surface and enduring color. This process then came to the US in 1970— although with problematic results in the first few years.

The early 2000s continued the innovations in auto detailing that began to boom in the 1900s. The year 2000 saw microfiber technologies become wide availability, and this has completely changed the cloth used in professional auto detailing and home cleaning. If you’re familiar with our guides, you’ll already know that we only recommend using microfiber cloths for your cleaning needs! In this same year, PPG Industries created CeramiClear, which protects against paint degradation from acid rain, salt, and UV rays.

The next big invention of the early 2000s came in 2007 with wipe-on, walk away clear paint sealants. These are nanotechnology polymer coatings that protect against water, acids, and other damages. Basically, it creates a compact coat of molecules smaller than water on the surface of your vehicle that acts as a barrier between your paint and damaging elements. Auto detailing with these high-tech finishes takes professional-level work, and it really shows how advanced the auto detailing industry has become.

All of this is, of course, only part of the history of auto detailing. There is plenty more history to be explored, but we hope we’ve given you a few fun facts to think about and pointed you in the right direction to learn more about auto detailing. Are there any important moments in auto detailing history that you know about and think everyone else should too? 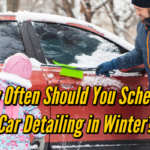 How Often Should You Schedule Car Detailing in Winter?

While maintaining a proper auto detailing schedule is crucial for the longevity and look of your vehicle all year round, doing so regularly in winter is essential. Whether you want to wash your car yourself, make an appointment for traditional car detailing, or utilize the convenience and affordability of mobile detailing, it’s important that you thoroughly […] 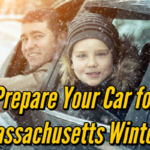 Whether you live in Massachusetts or are planning to visit during these next few wintery months, you’ll need to make sure your vehicle is fully prepared inside and out for the harsh weather conditions it might end up having to face. In addition to taking caution when driving on potentially hazardous conditions, you need to […] 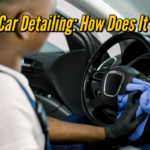 Mobile Car Detailing: How Does It Work

No auto service gets more questions and suspicions than mobile detailing. This convenient service is still relatively new and because of that, people are a little uneasy. Whether it’s due to the lack of a physical storefront, the affordability, or the speed of the service, some people still think it’s too good to be true. […] 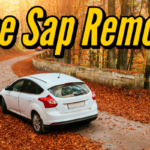 When you’ve washed your car to near-perfection but can’t get the last drops of sticky, stubborn tree sap to come off, what do you do? Maybe you think that any method of sap removal more extreme than a thorough wash will damage your paint or your clear coat, but did you know that leaving sap […] 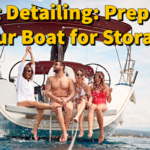 Properly storing your boat at the end of the season is crucial for the health and longevity of the watercraft. Boats take a beating all season long, and then to compound the damage they can take from rough water and weather, the cold can cause all sorts of problems with the hardware, rubber, and mechanical […]